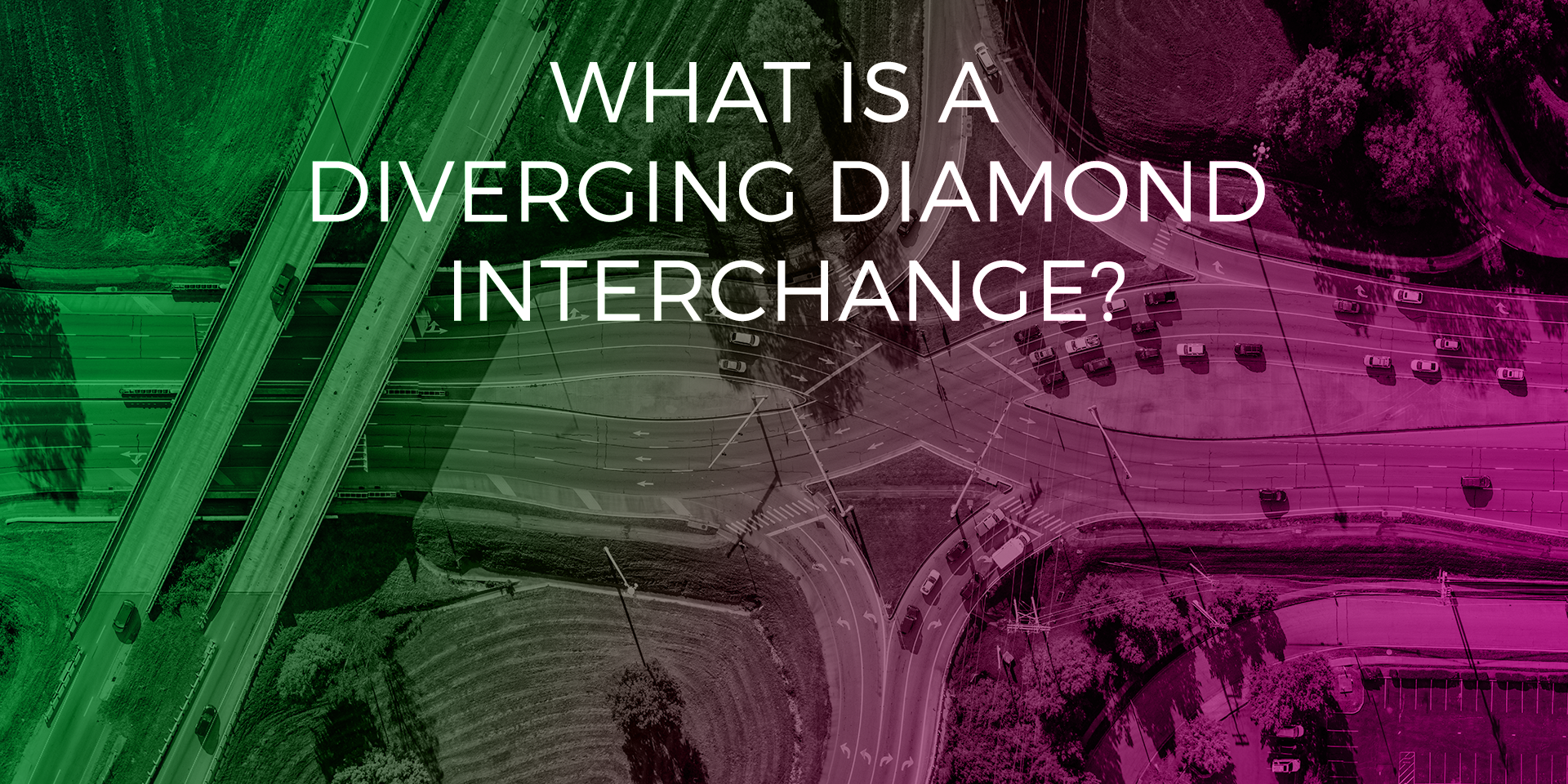 Usually, driving on the wrong side of the road is highly frowned upon and illegal.

Unless of course, you are crossing a freeway intersection that is a diverging diamond interchange – in that case, you will temporarily drive on the wrong side of the road!

Originally used in France in the 1970s, there are over 100 diverging diamond interchanges here in the United States with more being built each year.

Today, we will take a quick look at how the double intersection utilizes traffic signal phases and diverging traffic to promote intersection safety and efficiency.

First, what is a Diverging Diamond Interchange (DDI)?

A diverging diamond interchange (DDI) is an interchange that has two signalized intersections at each end (instead of one central intersection). In between the two signals, traffic crosses over to the left side of the roadway.

The central premise of the design is to keep traffic moving safely by allowing drivers to turn left onto and off the freeway simultaneously without stopping or crossing over opposing lanes of traffic. This offers unique safety benefits and actually reduces traffic volume.

Here is how it works:

Unlike a conventional diamond interchange where there are multiple points where vehicles may cross paths, the DDI reduces these conflict points and mitigates accidents by cutting them nearly in half according to the FHA study.

According to the Federal Highway Administration, diverging diamond interchanges and their innovative design not only help with continuous traffic flow but also offer safer travel as well.

In an evaluation of a DDI in Springfield, Missouri by the Federal Highway Administration, they compared crashes before and after the install of the diverging diamond interchange and found:

Other benefits of a diverging diamond interchange include:

Let’s not forget that a diverging diamond interchange costs less than a traditional intersection because they can handle the same amount of traffic volume, but with the need for fewer lanes.

The downside involves motorists being confused as they exit freeway ramps or experience the double interchange for the first time. Some associated risks for pedestrians as they now have to potentially cross an additional crosswalk.

Additionally, skeptics claim the double signal takes away the element of free-flowing traffic, however, the short cycles have proven to be significantly more efficient in easing traffic delays.

When transportation departments and authorities can save money while simultaneously increasing motorist safety, that is a huge win.

While temporarily driving in the opposite direction can be a bit of a temporary shock for first-time DDI drivers, mitigating the need for left turns and driving on the ‘Opposite side of the road” has actually improved safety for all!

This article is part of LYT’s “On the Road” series. See how LYT.ai can help make your intersections safer and cities more efficient with some of our products: https://lyt.ai/