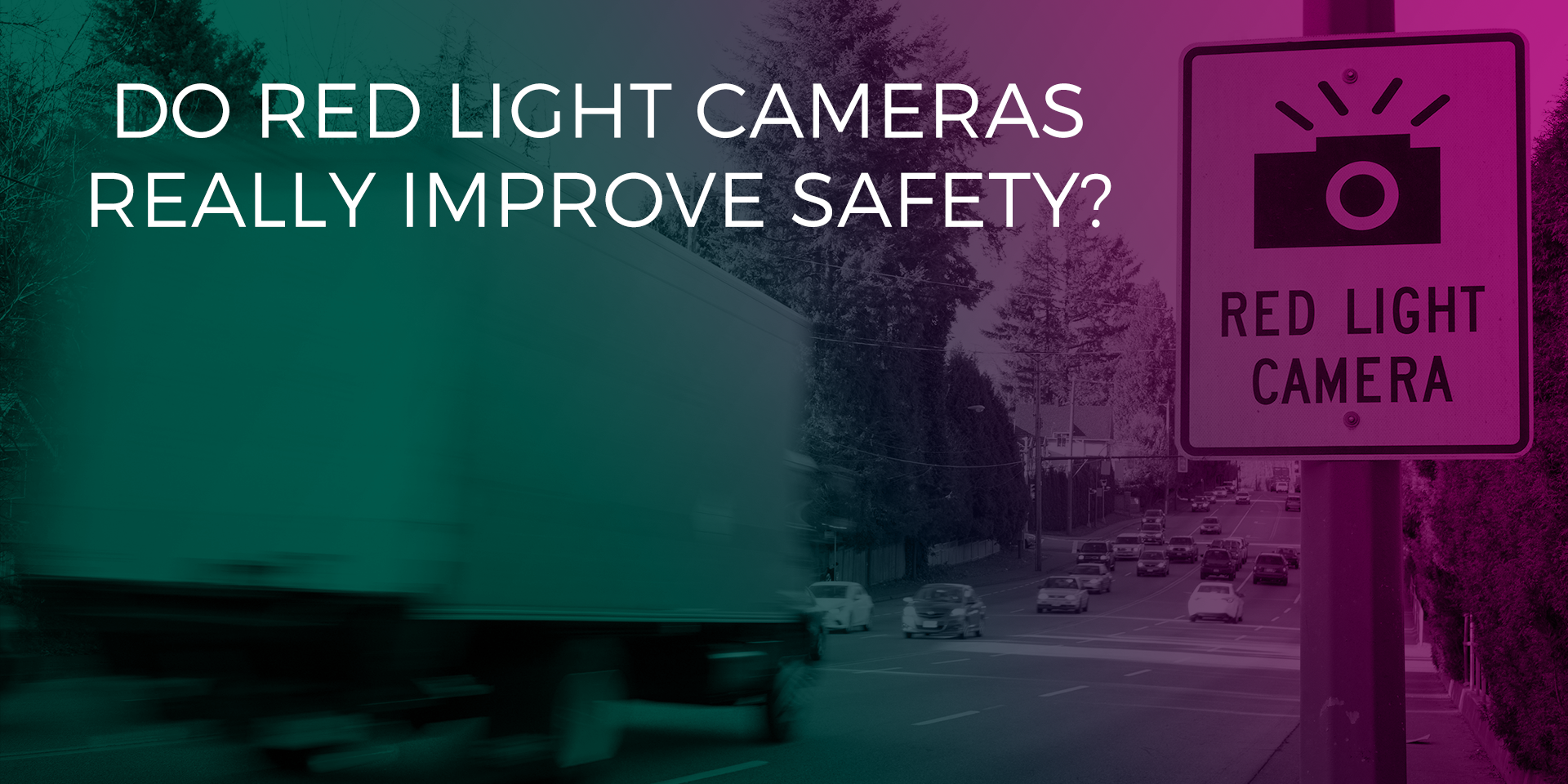 The first red light camera bill was first introduced in New York City in the early 1990s with one idea in mind – promote intersection safety for motorists and pedestrians.

Today, we take a quick dive into red light camera stats to see whether they promote safety or if they are what opponents call “just a money maker” for local jurisdictions.

First, how does a red light camera look and work?

Red light cameras usually look like extra-large security cameras mounted on top of a traffic light or standing independently to the side on their own. They can sometimes be confused as cameras that are simply used to monitor intersection traffic so oftentimes a red light camera will be accompanied by a sign that reads “Red Light Photo Enforced.”

There are sensors in and around the limit line at the intersection. These cameras will snap a photo of a vehicle’s license plate number who illegally runs a red light and they can expect to receive a ticket in the mail – or at least the registered vehicle owner will. Typically, a series of flashes accompany the photo enforcement.

If you happen to be a motorist reading this article, red light camera tickets will have the photo of you running a red light and in instances where drivers have not actually violated any traffic laws, you have the ability to dispute the ticket.

When it comes to red light camera statistics there are two measurable metrics that many widely consider to be the most vital to keep track of:

A 2010 report by the NHTSA concluded that 33% of all traffic accidents occur at an intersection, many of which are at red or yellow lights

The byproduct of accelerating through a red light or running a red light can result in serious injuries and wrecks, hence why supporters of the red light camera systems at intersections support the enforcement.

In a report provided by the CDC, the use of red light camera enforcement resulted in the tracked cities saw a decline in the average annual citywide rate of fatal red-light–running crashes. In Springfield, Missouri the installation of the cameras, there was a 20.5-percent reduction in right-angle collisions at photo-enforced signals.

However,  within the same CDC report, Burkey and Obeng’s, 2004, analysis of 303 intersections in Greensboro, North Carolina, over a 57-month period found, “A 40% increase in total crash rates resulting from increases in the number of rear-end crashes, sideswipes, and collisions involving cars turning left on the same roadway.”

The moral of the story is the stats support a few different viewpoints on red light cameras, but most reports conclude they can help reduce serious crashes at intersections.

Using the Philadelphia Parking Authorities annual report, you can quickly see why some opponents of red-light cameras will say it isn’t about safety, but instead, cities and states are financially motivated. The 2021 Fiscal Year report for Philadelphia might support that viewpoint.

According to the report, the city of Philadelphia handed out a whopping 66,951 red light camera violations and with a total violation revenue of $19,175,003. A point to note is the expenses totaled $6,999,411, therefore the Pennsylvania Department was owed $11,079,439 in violation fees.

Approaching almost a million a month in net profit, the money is used to go back into the road and transportation systems in Pennsylvania.

Are red light cameras being banned?

Malfunctioning lights and red light cameras have been known to send motorists tickets for lights they didn’t run. Those who come to a complete stop and make a legal right-hand turn have also been ticketed.

Disputing these tickets can be burdensome and time-consuming, making it challenging for vehicle owners to plead their cases, leading many to simply just pay it.

One of the unintended consequences is also the impact of sudden stops actually resulting in accidents. The premise is that the knowledge of cameras causes drivers to make sudden stops at yellow traffic lights instead of fluid driving decisions, thus increasing the risk of collisions.

What happens if I run a red light with a camera?

Typically, when someone runs a red light they will see flashing cameras as they proceed through an intersection. Afterward, they can expect to receive a ticket detailing the violation in their mailbox – or the mailbox of whomever the car is registered to.

Within the violation notice, there is a copy of a photo of the driver running the light, a fine notice, and directions to pay the ticket.

Available studies and research show that red light cameras do promote safer driving through intersections. Any potential conflict point – where motorists cross opposing lanes of traffic – increases the chances of a collision.

The implementation of red light cameras at intersections increases red light violations and rear-end crashes on one hand, but on the other, supporting evidence does indicate that they can decrease right-angle crashes and the overall amount of incidents at intersections.

If you happen to be a policymaker, transportation, or city manager and you are considering the implementation of red-light cameras to combat red-light running, keep in mind there are other ways to increase transit safety with the infusing of smarter technology.

With the addition of more technology efficient ways that doesn’t irk motorists, combating red-light running will always be an ongoing debate for general traffic but when it comes to increasing safety for transit and emergency vehicles, there are solutions at intersections. For example, LYT.emergency can reduce side impact collisions with emergency vehicles by 70% (per one study).

This is just one of the many benefits of implementing mobility management services like LYT for your cities transit and traffic management centers. Learn more about the LYT platform here.