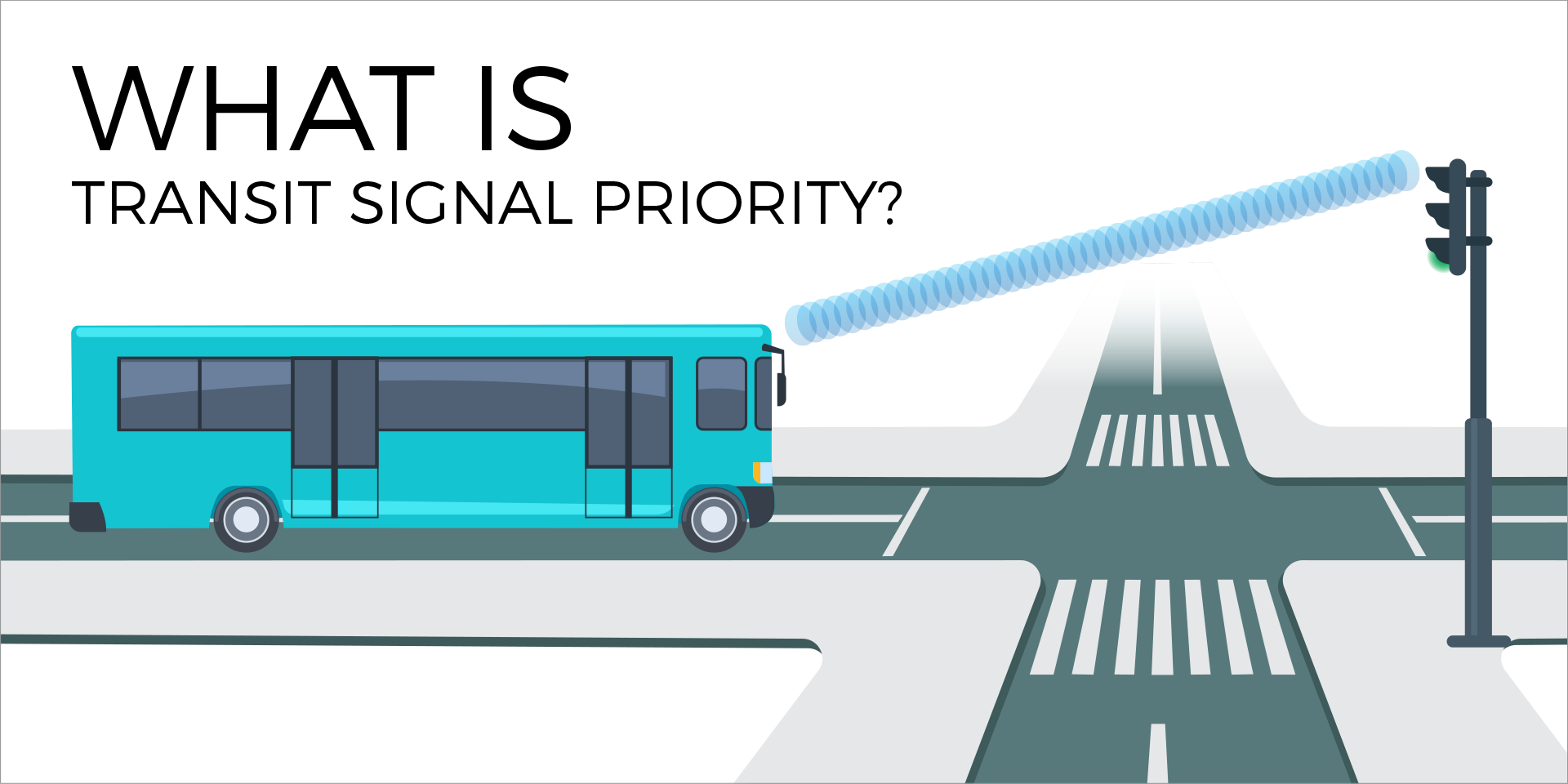 Transit priority isn’t something just a few people have to worry about. Just ask the average transit rider.

While public transportation refers to both bus and metro riders (and other public forms of transportation that exist) the majority of “time” spent commuting is actually in the form of waiting.

Waiting for the bus, waiting at the metro stop, waiting due to traffic signals, and so on. In fact, the average national commuter will wait 10 minutes per trip. At first, glance that might not seem like a lot, but that is over one and half hours per week in just waiting.

These longer commute times coupled with an initiative to reduce motorists on the road to help mitigate the environmental toll, means cities need to prioritize public transit now more than ever. Starting with transit signal priority on their city streets.

Below are some ways cities are better enabling the use of technology and smarter transit priority to help commuters and motorists experience a more efficient commute.

Transit signal priority (TSP) refers to transit vehicles having priority at traffic signals in order to move transit vehicles through congested intersections faster, safer, and more intelligently than ever before.

Queue jumps and transit priority are made possible by utilizing cities existing vehicle locator systems (either through a transponder or CAD/AVL systems) and networked traffic signals to provide a cost-effective and maintenance-free signal priority solution.

A bus in transit approaching an intersection sends a signal to the traffic signal or a system detects the presence of the vehicle (hence the name signal priority) which can lead to a series of more efficient traffic signaling.

One flavor of transit priority is a queue jump, which allow buses to jump in front of the waiting queue at the limit line and proceed through the intersection ahead of the adjacent vehicles waiting at the light, resulting in more efficient transit and mitigating transit delays.

Obviously, there are two sides to every coin. On one hand, zig-zag routes can accommodate more stops meaning less walking time to bus stops for some commuters. However, the flip side to this is a zig zag route takes longer and cities are realizing a straighter bus route is a faster, more efficient route.

With the implementation of TSP improvements for some cities, they can reduce transit times significantly with better routes and better technology. While a straighter route may call for more buses (see #3 for a solution to more transit vehicles), the benefit is that there is only a slight increase in transportation budgets while simultaneously providing more city job opportunities.

Avoiding traffic congestion, navigating the city during peak hours, and knowing which certain intersections to avoid are all part of better transit signal priority solutions – but what about more efficient transit vehicles?

From better schedule adherence to safer, but quicker travel speeds, a smaller transit vehicle can create financial and time savings. With an incentive to have more transit vehicles on the roadway – some cities are looking into smaller and more efficient vehicles instead of the large traditional buses.

Bus only lanes in cities have a twofold positive approach:

The result is everyone gets to their destination quicker and safer.

Bus Rapid Transit (BRT) lanes are dedicated bus lanes that allow for intermittent access for vehicles turning right. Buses can proceed straight in the intersections, cutting downtime spent at intersections or merging back into oncoming traffic.

Some cities are utilizing peak-only bus lanes and the shoulder during higher volume traffic windows to help improve roadway commuting.

To learn more, be sure to check out LYT.transit.