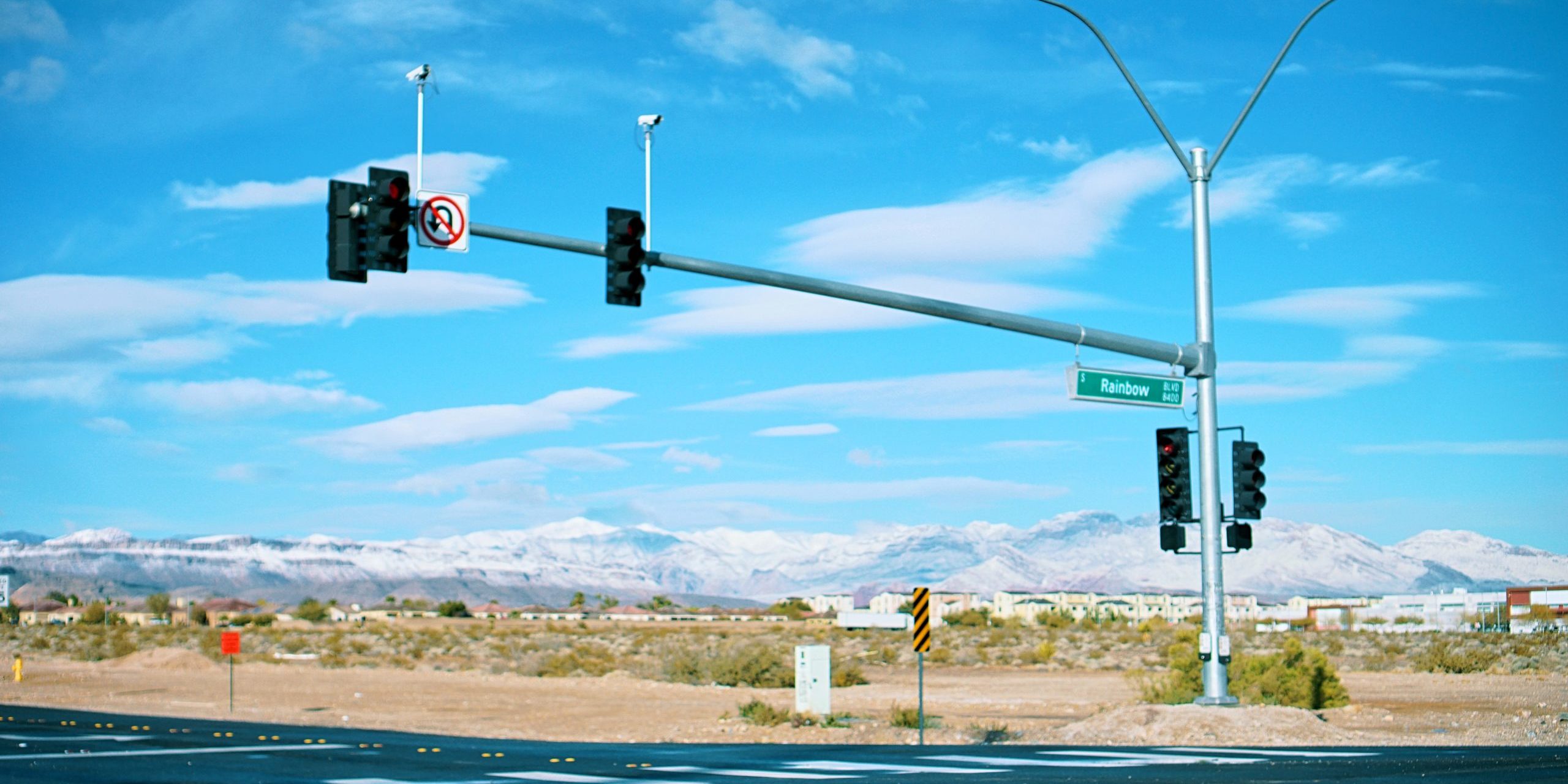 Have you ever wondered what hardware sits on top of a traffic light/traffic signal?

It is usually pretty obvious what hangs down from a traffic signal mast arm pole – a traffic signal. However, the gadgets on top of the pole can sometimes throw us a loop.

Are the cameras on top designed to catch red-light runners? Or is it the government recording and tracking our every little move?

All conspiracies aside, the real answer is that those gadgets you see on top of traffic lights almost always have a purpose, and today, we will help you understand what you might be looking at.

What sits on top of traffic lights?

You might be asking, “What are those little things on top of street lights at an intersection?”

To help you understand the answer to that perplexing question, it is vital to first understand what makes a traffic light function properly in the first place!

Many traffic lights operate on a networked system that is managed by a city’s TMC (Traffic Management Center). Designed to make sure traffic volume and pedestrian movement flow smoothly, traffic signals are vital to keep in a constant state of safe movement.

While most motorists just view traffic signals as a way to help cars and pedestrians cross an intersection safely (and that is true) they have a vital role in highly populated cities by helping mitigate traffic issues.

Keeping in mind these factors, below are a few of the gadgets you might see on top of a traffic light.

Most of the gadgets on top of a traffic light are usually cameras. The video detection cameras are not designed to record you, but instead to detect traffic (by the way, flashing your lights doesn’t change the light!)

The drone-looking cameras that hang from a traffic light are actually “Pan & Tilt” cameras which allow traffic engineers to see an entire intersection corridor. Emergency vehicle detection sensors are also commonly visible on top of an intersection.

If you happen to see anything odd, like a strange box or super long antenna, these can be traffic signal preemption systems at work! Put another way, they are sensors and wireless devices used for traffic safety and helping traffic engineers.

All in all, you shouldn’t be alarmed if you see a camera and while you might think the camera on top of a traffic signal is a red-light camera, they’re usually not.

The tiny black device with the light either on the end or next to it is usually an infrared preemption device. These small gadgets are used to turn lights green for emergency vehicles. The infrared devices have a partner device located on the emergency vehicle. Once the vehicle operator comes within range of the traffic signal, the infrared light system sends a signal to the device on the traffic signal, turning the light green.

Fortunately, newer technology exists that negates the need for such hardware on top of the signal mast in order to give green lights to first responders.

Another device you may frequently see on a traffic light is a small blue light on the backside of a traffic light pole. These lights aren’t just for decoration! In fact, these lights aid police in identifying dangerous red-light runners. When the light is illuminated it signals to police officers that the light in that direction is red.

Crosswalk signals are something that is typically reserved for the side of a street light pole, but in rare instances, you might see signals on top of traffic light intersections.

Pedestrian detection sensors and equipment might find their way on top of a traffic light. A really unique feature cities are moving to, is the delayed timing of a green light if a pedestrian is moving slower than usual through an intersection!

Other possible answers to your inquisitive nature could be that what you see is a device that is used to collect data for traffic management purposes. With many cities moving to artificial intelligence and cloud-based traffic management systems, most of the gadgets you see are being utilized to help with traffic.

Rest assured – you don’t need to worry, all the things you see are not some alien or government contraption with an ulterior motive!