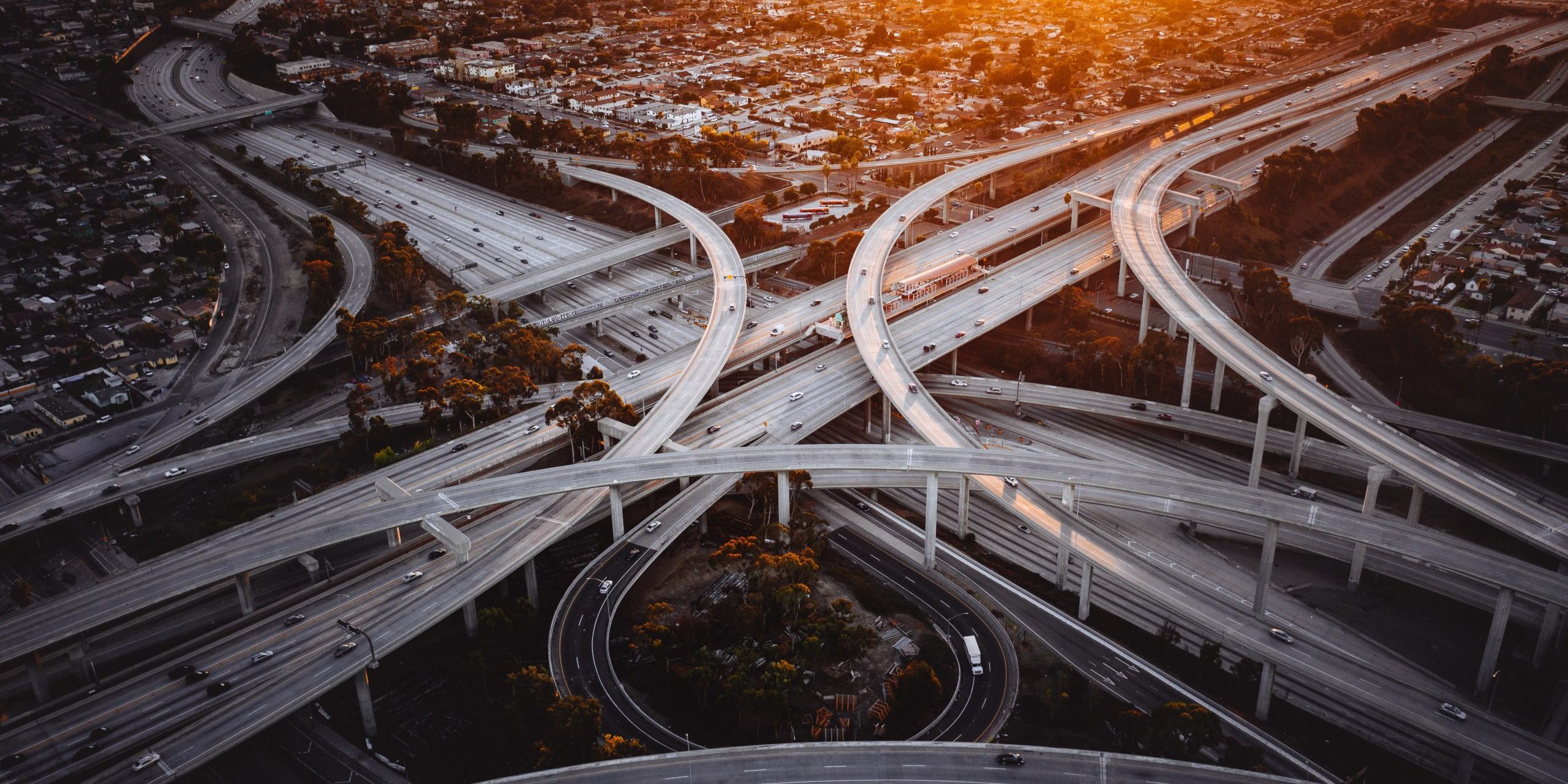 Are you someone who nerds out on highway systems and road networks? Or are you just a city manager who needs some quick advice regarding the road classification system and hierarchy?

Whatever reason you find yourself reading this article, we put together a list of the typical North American road classification system so you can get a firm grasp on how traffic movement works!

The road network starts with the highest classification interstates (highways), followed by arterial roads, and collectors. Lastly, local streets or roads are the lowest in the classification system and offer the least mobility.

To give you an analogy to help you understand, think of your heart. Your heart pumps oxygen-rich blood throughout the body through a series of arteries and veins. Each has a different purpose with arteries being able to hold a larger capacity than say a vein.

Providing motorists with the most mobility, the primary function of an interstate is to deliver motorists to their destination with the longest uninterrupted distance at the highest speeds (55-70 MPH on average).

Sometimes referred to as highways, however, there is a slight difference, an interstate does not have traffic lights or stops like an arterial road or local street might. Arterial roads generally provide access to interstate and most national routes are interstates.

Arterial roads are major through roads that carry large amounts of traffic from collectors to interstates. These roads are a supplement to interstates and examples can be freeways or highways too. There are major and minor arterials and the key difference between an arterial road and an interstate is the uninterrupted traffic flow element.

The understanding of what a collector road is to be expected. They collect traffic from local streets and direct them to arterials. Depending on where you are in the nation this can look a little different, but the key function is straightforward!

When you visit a town and you come across many intersections, chances are you are on a local road or local street (they are used interchangeably). In order to safely move motorists to their destination or to a collector, local streets are designed to hold less volume and function at lower speeds.

Such roads include neighborhood streets, roads surrounded by lots of businesses or found in towns, villages, and cities. Ironically enough, though not designed to hold the most volume, local streets receive the most miles. Local municipalities are in charge of these road networks as well.

What is the difference between a highway and an interstate?

Really, the functional classification is the only true difference between a highway and an interstate. An interstate highway connects multiple states together, while a highway can be any public or private road that connects major routes.

There really isn’t much of a difference other than you might consider any road with multiple lanes and traveling at faster speeds as a highway. Interstates are restricted access roadways that go across state boundaries to connect different cities.

Small things like maintenance can play in the difference between the two.

What role do traffic lights play in road classification?

When you’re driving on motorways and you find yourself sitting a traffic light, this should be an indicator you are not on an interstate. Arterials and collector roads can have traffic lights which will also dictate the maximum speed of those roads.

An interstate has restricted access with on and off-ramps which allow the traffic to move uninterrupted by traffic lights and access. Most local roads have the majority of intersections and traffic lights.

For more information on traffic light solutions including transit priority, be sure to read the following: