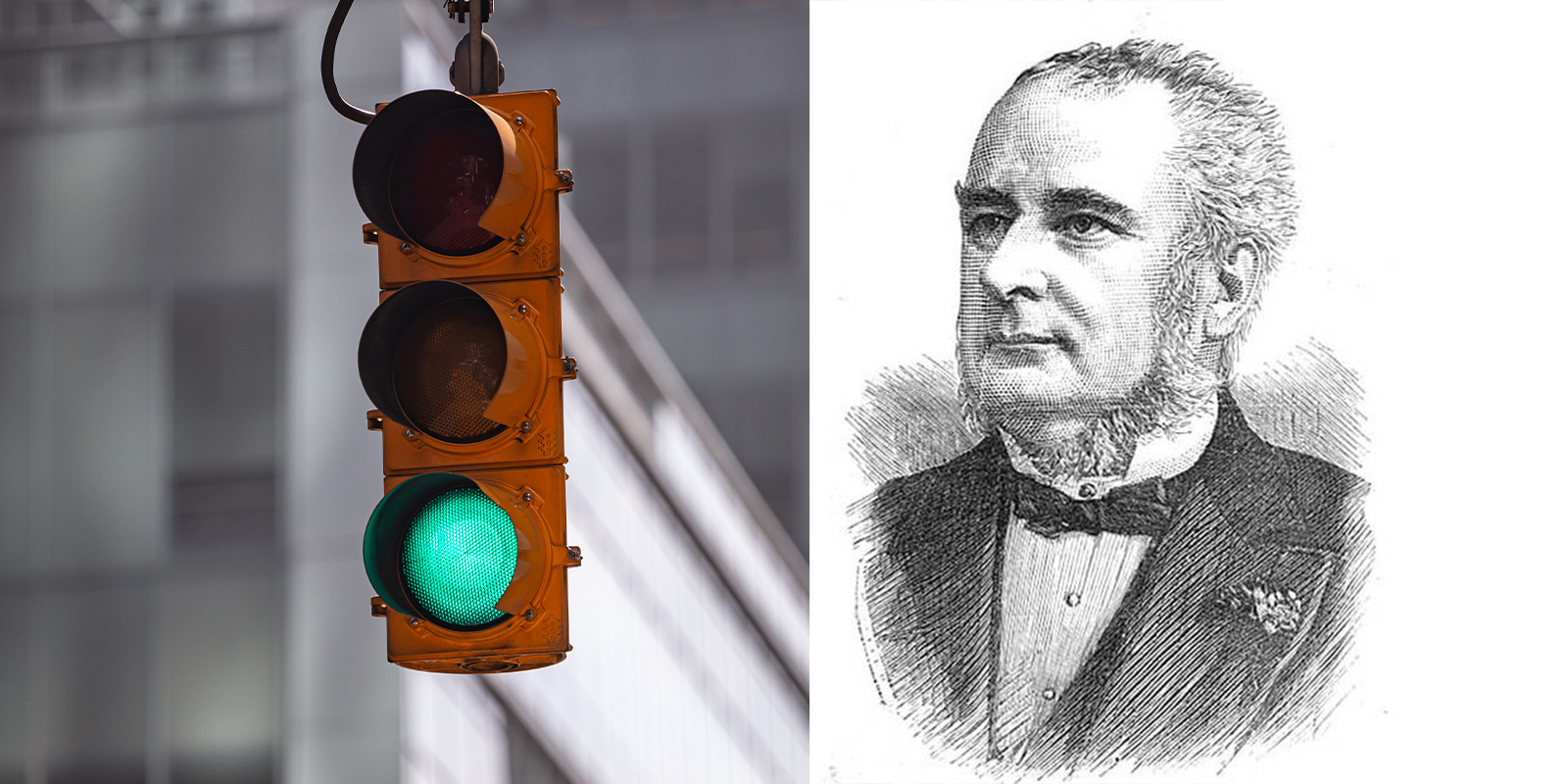 There is no doubt that traffic lights make our lives easier by regulating traffic flow, but who invented them?

The answer may surprise you. John Peake Knight, a railway signaling engineer in London, is credited with inventing the first traffic light in 1868. Learn more about Knight’s invention and how it has evolved over the years.

The History and Significance of Traffic Lights

Traffic lights are a staple of the modern world, but many people don’t know who invented them. John Peake Knight is credited with the invention of traffic lights, and his story is interesting. He was born in 1847 and worked as a railway signal engineer. In 1868, he filed a patent for a traffic signal that would allow trains to pass safely. His invention consisted of three semaphore arms, red and green lamps, operated by gas for night-time use.

The first traffic signal system was established in London on December 9, 1868, to replace the police officials’ control of vehicle circulation outside Parliament. The goal is for the traffic signals to manage traffic in Bridge Street, Great George Street, and the Parliament Street.

The primary motivation for the traffic light’s creation was the large number of horse-drawn carriages crossing Westminster Bridge. This congestion caused thousands of pedestrians to walk dangerously close to the Houses of Parliament.

The design for the traffic light combined three semaphore arms with red and green gas lamps that could be used at night.

It’s operation was short-lived as a gas leak caused an explosion on January 2, 1869, injuring the policeman operating it.

John Peake Knight is instrumental in developing traffic lights further by making the first electric traffic light. Semaphore traffic signals, like the one in London, were popular in the United States during the early 20th century. Each state had its own design of the device.

An early example was from Toledo, Ohio in 1908. On a green background were the words “Stop” and “Go,” which were in white on a green background with red and green lenses lit by kerosene lamps for night travelers. The arms were 8 feet above the ground and was operated by a control traffic officer. Similar designs of the early traffic signs were used in Philadelphia and Detroit.

The first electric traffic light was created in 1912 by Lester Wire, a policeman stationed in Salt Lake City, Utah. His design was inspired by railroad lights. Wire’s traffic light had red and green lights, and a buffer on the same post based on the design by James Hoge. It was operated manually by a switch in the police and fire stations, which was connected to a manual switch at the signal.

The first four-way, three-color electric traffic signal was created by William Potts in 1920 in Detroit, Michigan. He was worried about how traffic lights at four different intersections couldn’t all be synced. Then he realized that there wasn’t a third light necessary – the color amber is already associated with cautionary situations, like on stop signs and railroad crossing signals.

These innovations in traffic lights allowed for the devices to become widespread in cities across America. Traffic control towers with timers managing the flow of traffic started to be built in larger cities in 1922. This saves cities money by using timers rather than paying people to manually operate the lights. The first such tower was in New York City, and others followed suit in other large cities like Chicago, Philadelphia, and Detroit.

The more popular three-position traffic signal was invented by Garrett Morgan in 1923. His design had a T-shaped pole with three positions: stop, go, and a warning position in between stop and go. The all-direction stop was used when emergency vehicles needed to pass through the intersection. He later sold the patent to General Electric for $40,000.

The advent of computers has allowed for even more sophisticated traffic light systems. Traffic lights can now be controlled by sensors that detect the amount of traffic at an intersection and change the light accordingly. This allows for a more efficient flow of traffic and reduces pollution from idling motor vehicles.

It was in 1950s when the first automatic traffic signals that were not controlled by timers or police officers were installed. Six pressure-sensitive detectors measuring inbound and outbound traffic enabled one computer to control 120 lights. The City and County Building housed the control room for the computer system in its basement in Denver. More advancements in technology in 1967 allowed for improved vehicle detection and better traffic management control using telephone lines to communicate with traffic controllers.

The days when the lack of pedestrian signals, busy intersections, and impatient drivers led to many motor vehicle accidents are now lesser.

Traffic lights have become an integral part of our urban landscape and have made our streets much safer. To see how the team at LYT is leading the charge when it comes to advancing street light technology, reach out here!